Discussion forums for the home of the Blackrazors

First of all, everyone should level up. I think that makes you level 13.
Another daring escape for the intrepid Spaceman Spiff!
Top

Yep, that would make Bannock level 13.

This level brings a bump to proficiency bonus (now +5), and a new spell. Also, more hit points for both Bannock and Shadow.
"Here are your waters and your watering place.
Drink and be whole again beyond confusion."
-- "Directive" by Robert Frost
Top 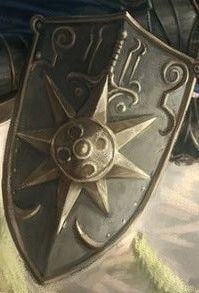 You see a silvery, shining heater style shield, with a large bronzed sun symbol inset into the front, matching the symbol on the half plate you have found. The bronze sun symbol does not match the iconography of any known Sun cult, though it certainly looks very religious.

Gleaming - The item never gets dirty. 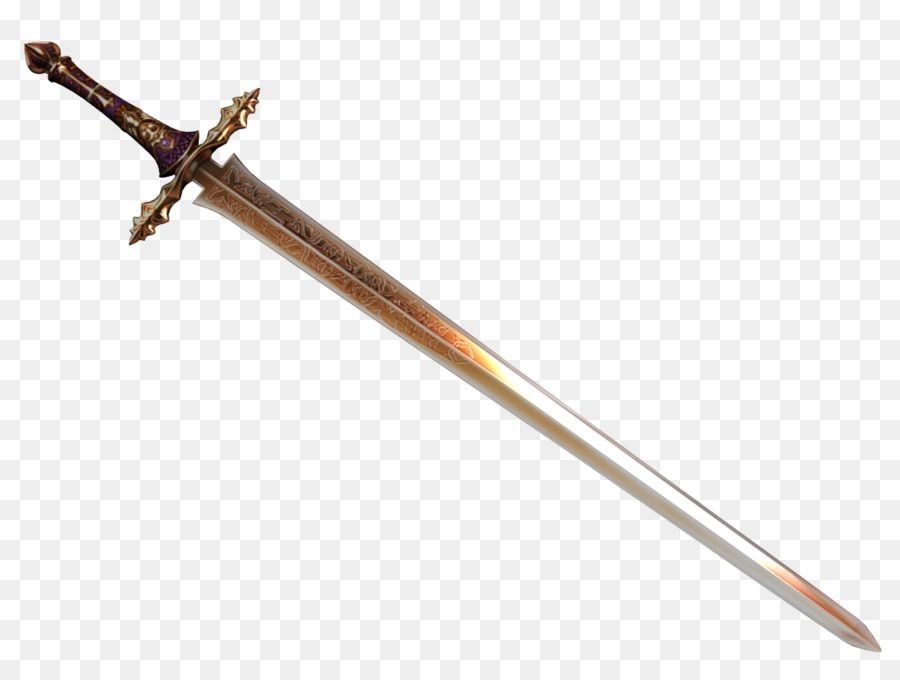 You see a beautiful longsword, with a golden sunburst inset in the crossguard, with golden rays extending down the hilt, out the quillions, and down the length of the blade. The pommel is a large, gleaming, golden orb.
When you pick it up, the sword seems significantly lighter than you anticipated, and the weight distribution feels wrong. As you examine the blade more closely, you find that the blade is only about half as long as it appears! This is actually a short sword, but there is a permanent illusion that makes the weapon appear to be a longsword. It appears that the ornate decorations are also an illusion, and the actual weapons is a deceptively plain, but finely made, shortsword!

Ornate – This item is beautifully made and richly decorated. Inset gemstones, gold or platinum
inlays, and gold or silver filigree adorn its surface.
Deceptive – This weapon can project an illusory appearance to appear as a different type of weapon altogether. In combat, you can use this deceptive appearance to great effect, gaining advantage on one melee attack. Once used, this quality cannot be used again against the same opponent in the same combat. 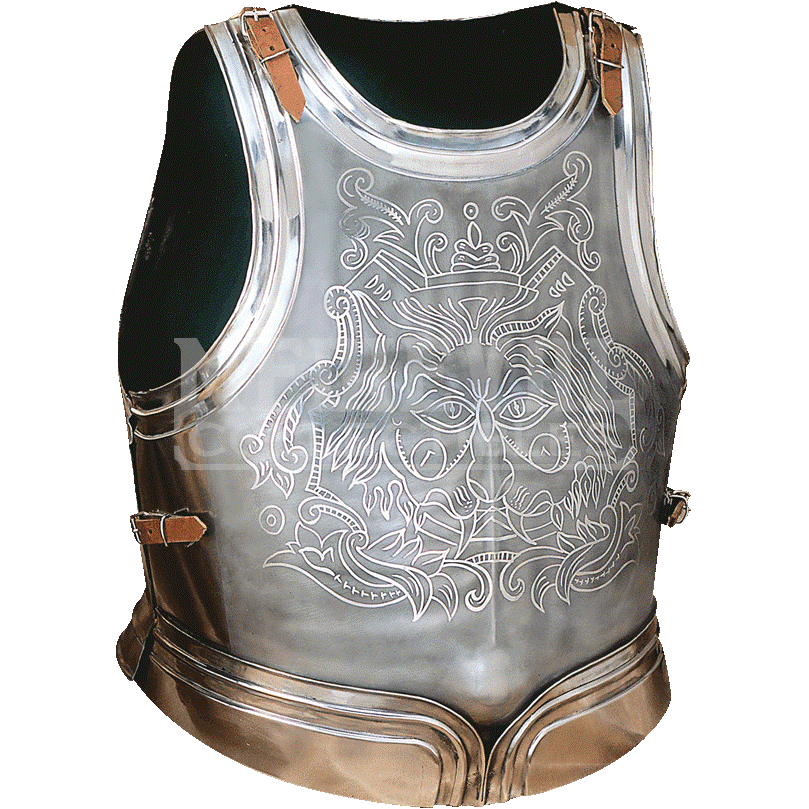 You see a plain colored shirt, but when you pick it up, the illusion of a shirt fades away to reveal a strong breastplate! As you hold it, the armor's appearance again shifts to match the clothing you wear.

While wearing this armor, you gain a +1 bonus to AC. You can also use a bonus action to speak the armor's command word and cause the armor to assume the appearance of a normal set of clothing or some other kind of armor. You decide what it looks like, including color, style, and accessories, but the armor retains its normal bulk and weight. The illusory appearance last until you use this property again or remove the armor. 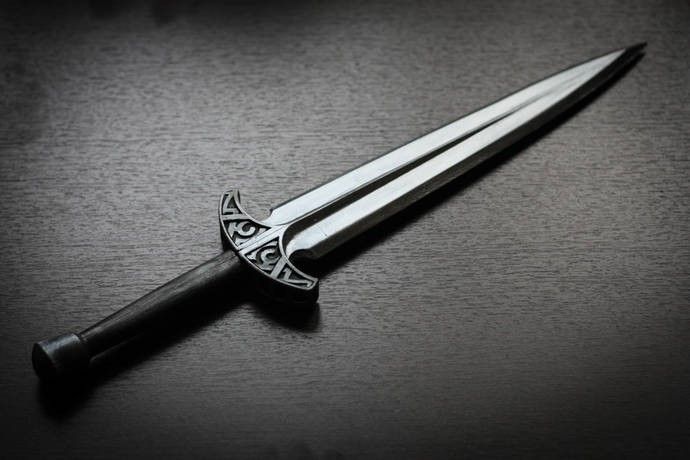 This straight bladed dagger looks both clean and simple. However, upon close examination, it appears that there are tiny holes that run along the blade and there is a faint etching of a drop of liquid just behind the tip of the blade.


You gain a +1 bonus to attack and damage rolls made with this magic weapon.
You can use an action to cause thick, black poison to coat the blade. The poison remains for 1 minute or until an attack using this weapon hits a creature. That creature must succeed on a DC 15 Constitution saving throw or take 2d10 poison damage and become poisoned for 1 minute. The dagger can't be used this way again until the next dawn.

You see a light cape, deep red on the outside and a glossy, bright yellow on the inside. There also appear to be quite a few hardened gore stains in the cape, which is quite distasteful.

This cape smells faintly of brimstone. While wearing it, you can use it to cast the dimension door spell as an action. This property of the cape can't be used again until the next dawn. When you disappear, you leave behind a cloud of smoke, and you appear in a similar cloud of smoke at your destination. The smoke lightly obscures the space
you left and the space you appear in, and it dissipates at the end of your next turn. A light or stronger wind disperses the smoke.

You see a vibrant red liquid that bubbles slightly.

"Ooohhhh, heh! Heh heh! Appear to be healing potions, these do. Different I think. Dangerous Poison, they are! But not just poison. Heh! FireyPoison! Hahaha!!! TrickseyHarlot! Always trying to burn and poison things." The Oracle shakes his head in bemusement.

Burning Poison -This concoction looks, smells, and tastes like a potion of healing or other beneficial potion. However, it is actually poison masked by illusion magic. An identify spell reveals its true nature.
If you drink it, you take 2d6 fire damage and 2d6 poison damage, and you must succeed on a DC 15 Constitution saving throw. If you succeed in your Constitution save, you take no further damage. If you fail your save you gain the poisoned condition. At the start of each of your turns while you are poisoned in this way, you take 2d6 fire damage and 2d6 poison damage. At the end of each of your turns, you can repeat the saving throw. On a successful save, the fire and poison damage you take on your subsequent turns decreases by 1d6. The fire and poison end when the damage decreases to 0. 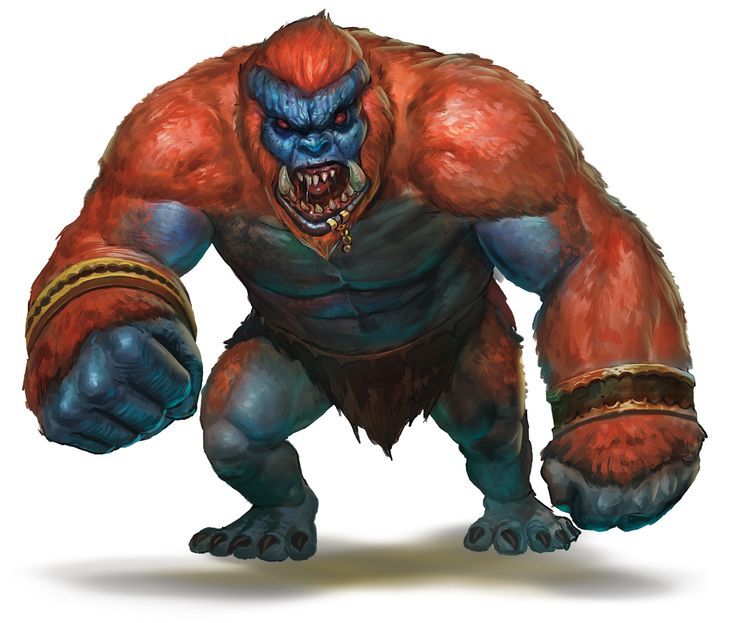 This figurine is a burly, leering, fiendish gorilla. The figurine is about 6” tall and carved from different colored crystals which have been bonded together somehow.


....A figurine of fiendish power is a statuette of a fiend small enough to fit in a pocket. If you use an action to speak the command word and throw the figurine to a point on the ground within 60 feet of you, the figurine becomes a fiend. If the space where the fiend would appear is occupied by other creatures or objects, or if there isn’t enough space for the fiend, the figurine doesn’t become a fiend.
....The fiend is friendly to you and your companions. It understands your languages and obeys your spoken commands. If you issue no commands, the fiend defends itself but takes no other actions. See the Monster Manual for the fiend’s statistics.
....The fiend exists for a duration specific to each figurine. At the end of the duration, the fiend reverts to its figurine form. It reverts to a figurine early if it drops to 0 hit points or if you use an action to speak the command word again while touching it. When the fiend becomes a figurine again, its property can’t be used again until a certain amount of time has passed, as specified in the figurine’s description.
....The Figurines are a form of servitude for fiends, but also an opportunity to wreak havoc on the Material Plane. The creatures truly are fiends, but they cannot be permanently banished back to the lower planes unless they are destroyed in figurine form. Such destruction requires specific methods detailed in the individual descriptions.
Barlurga
This figurine is a burly, leering, fiendish gorilla. The figurine is about 6” tall and carved from different colored crystals which have been bonded together somehow. While in possession of the Figurine, the bearer is often tempted to brutal or savage actions. In combat, the possessor will feel a near irresistible urge to take gruesome trophies from dead foes (ears, noses, tongues, eyes, hands, teeth, scalps, etc), even while combat continues around him or her.
....When summoned, the Barlgura has 104 hit points. The figurine stays in Barluga form for 2 hours or until it is reduced to 0 hit points, at which point it reverts to figurine form. Once it has been used it cannot be used again for 4 days.
....It is very difficult to destroy the Barlgura Figurine. First, it must be kept in Figurine form in a Hallowed area for a year and a day (no specific addition effect is required), without ever summoning the Barlgura. Every day during that time, Calm Emotions must be cast on the Figurine. At the end of the year and a day of such treatment, the Figurine will melt into a bubbling dark liquid which immediately evaporates, which Banishes the fiend back into the Lower Planes.
....At the destruction of the Barlurga Figurine, those who were meaningfully involved in its destruction gain a Blessing (DM’s discretion as to who meaningfully participated in destroying the item), per 227 – 228 of the DMG (Health, Protection or Wound Closure would be appropriate).

Brutal Quirk – the bearer is compelled to acts of brutality, especially in combat, even at risk to himself.

You see a well-made heater shield, painted a simple white. When you pick it up, you see on the inside of the shield, just below the top edge, there is a fist sized enamel mask with a calm expression. You recognize the mask as a holy symbol of Rao, and you feel calmer while looking at the mask.

This is a +1 shield that was created by the church of Rao. A cleric of Rao can use the shield as a focus for spellcasting.
Additionally, the wielder gains a +1 bonus to Wisdom saving throws while attuned to the shield.
Secret - The shield will sometimes cast Calm Emotions on its bearer when it senses the bearer is entering a heightened emotional state. An attuned wielder always fails this save. Rao's Redoubt can cast Calm Emotions like this once, then not again until after a long rest.
Last edited by EvilGenius on Thu Mar 28, 2019 8:54 pm, edited 1 time in total.
Another daring escape for the intrepid Spaceman Spiff!
Top

Bannock claimed the Gleaming shield along with the (not pictured above) Half-Plate from the Shining Justice guy who is now the pet of the Oracle.
"Here are your waters and your watering place.
Drink and be whole again beyond confusion."
-- "Directive" by Robert Frost
Top

Jonkga wrote:Bannock claimed the Gleaming shield along with the (not pictured above) Half-Plate from the Shining Justice guy who is now the pet of the Oracle.

Jonkga wrote:Bannock claimed the Gleaming shield along with the (not pictured above) Half-Plate from the Shining Justice guy who is now the pet of the Oracle.

No, not Gotcha, that sword is still up for grabs.

"Here are your waters and your watering place.
Drink and be whole again beyond confusion."
-- "Directive" by Robert Frost
Top

Onarra will defer choosing so the rest of the party can gear up. If any of the following items are unclaimed, Onarra will acquire:
1. Dagger of Venom
2. Cape of Mountebank
3. Barlgura Figurine
"Good, bad, I'm the guy with the gun."
Top

Brigga has the Cape of Mountebank right now.
"Oh, I'm so sorry. Forgive me. I'll try and be a tad more quiet as I desperately struggle to break free -- and save all creation!" -- Doctor Strange
Top
Post Reply
8 posts • Page 1 of 1

Return to “Heart of Darkness (Private)”