Discussion forums for the home of the Blackrazors

The PCs set off to find Quarion's villiage, fully prepared to face the threat of the werewolves they knew they would find there. Quarion and the other PCs determined that they would try to subdue/capture/cure the werewolves instead of outright destroying them.

After a long trek through the Fellreev, the PCs encountered a group of four werewolves wielding elven longswords who were engaged in a lopsided fight with three centuars. The PCs immediately joined the fight, drawing the werewolves away from the centuars. After several rounds of combat the PCs managed to incapacitate one of the werewolves, at which point the remaining werewolves grabbed their companion and fled.

The PCs learned the following things about the werewolves before and during the fight:

1) There are different sources of the curse of lycanthropy and the source can cause slight variation in the specifics of the curse. (ie, Bob's werewolves may be slightly different than the werewolves in the 5e MM)

3) Wolfsbane is toxic to the werewolves and can be made into an oil with which you can treat your weapons.

4) The werewolves you encountered were utterly savage. In fact, you recognize that they had barbarian levels (they used Rage and the Reckless Attack class features, for example).

5) The werewolves you encountered were also wood elves, so they were still able to use wood elven abilities, notably Mask of the Wild, which allows a wood elf (werewolf) to hide when lightly obscured by foliage, heavy rain, snow, mist, and other natural phenonema. So when the werewolves disengaged, they were able to disappear, preventing ongoing harrassment. That also means that you have to be wary of werewolf/barbarian ambushes as you travel through the woods now.

6) Quarion cast Remove Curse on one of the werewolves and it failed to cure the lycanthropy. He isn't sure why, but more investigation may reveal more details. (That may require having a test subject).

7) Onarra was bitten by one of the werewolves and feels a kind of burning around the bite wound (rolled a looow # on her save....).
Another daring escape for the intrepid Spaceman Spiff!
Top

So the PCs found their way to the elven village and fought off a few more werewolf attacks.
Quarion discovered through experimentation that he would need to cast Remove Curse or Greater Restoration at 6th level in order to break the curse.

The PCs crossed through the portal into a strange land, still covered in mists. The landscape was a desolate stepp with a persistent mist partially obscuring the ground. The day was very overcast and the sunlight seemed weaker than you were used to, somehow.

The PCs found themselves on a sparse road near a road sign that identified it as the Old Svalish Road, and a second sign that pointed the way to something called "Iblovia". Bannock was able to determine that most of the tracks on the road were headed toward Iblovia, so that PCs decided to travel in that direction. Along the way, the PCs also spotted several places where wolf tracks crossed the road, but they never saw any wolves.

After a few hours of travel, the PCs saw campfires a few miles ahead. As they drew nearer they could make out garishly painted wagons that looked like small, decorated huts on wheels (think Romani Vardo) 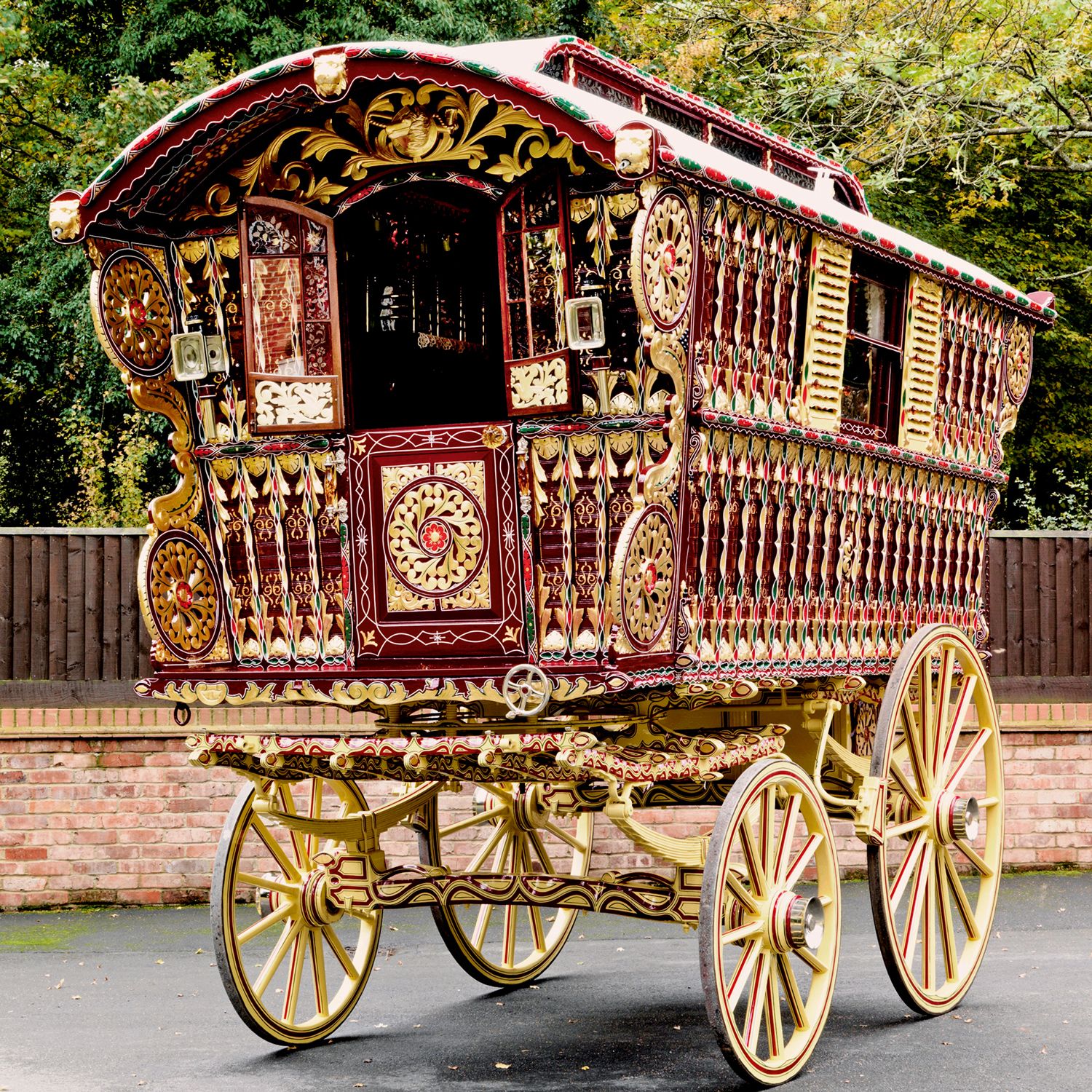 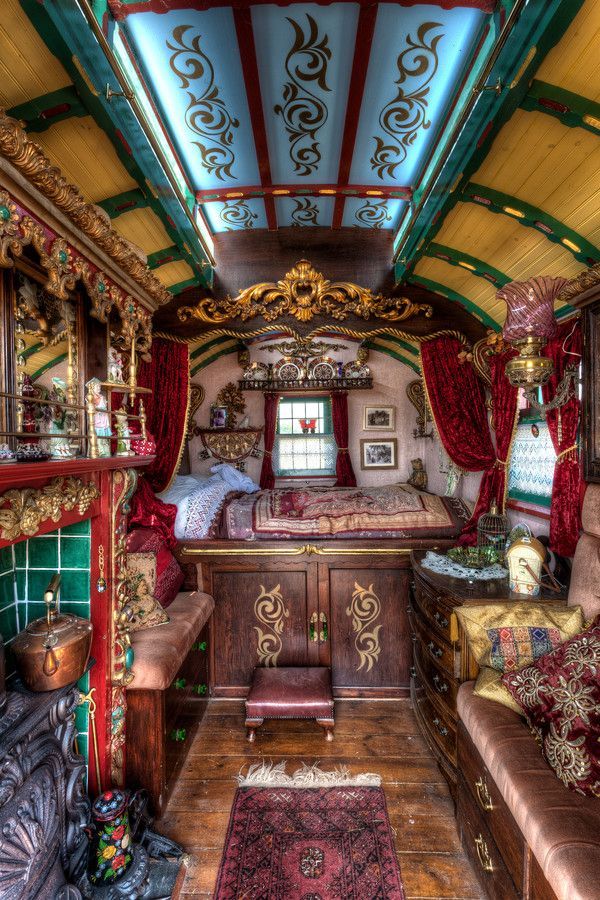 The Vistani indicated that they had a revered wise one with them, Madam Eva, and they thought that was why the wolves did not bother them. The PCs asked to speak with her and, after she agreed to see them, Quarion and Brigga entered her wagon.

Inside the wagon was a small but ornate living space. Madam Eva was small and very old but moved as spryly as a young adult. She offered to tell the PCs fortunes, in return for a favor. The favor was for the PCs to retrieve a Vistani child from Iblovica. One of the Vistani took up with the brewer in Iblovica and settled down with him for several years, having a child. However, a few years ago, the suspicious townsfolk drove the Vistani woman out of town after a few unfortunate accidents. The brewer did not defend the woman but insisted on keeping the child, a boy name Ivar.

The PCs cautiously agreed to retrieve the boy and reunite him with his mother. Then Madam Eva broke out an ornate set of playing cards and began to shuffle them.

The one that the PCs sought was known to them. A halfling was connected to the Portal, and became so after killing a powerful werewolf who laired in this region. Madam Eva also revealed that the halfling was extremely dangerous and was growing his pack.

Madam Eva also read the immediate futures of the PCs, which resulted in small boons (for example, Bannock's future was Vengence which gave him the ability to gain Advantage on any one attack while in this land).
Another daring escape for the intrepid Spaceman Spiff!
Top

After spending the night amongst the Vistani, the PCs headed toward Iblovica. After several hours they entered a small town with several stone buildings, surrounded by farmlands. The most prominent buildings were the grain mill, the brewery and the tavern across from the brewery. The seasoned adventurers naturally went to the tavern first.

They found out that Dapple was well known and even beloved in town due to his performances, though the tavern keeper did not know when the next performance would be. Soon enough, however, excited word spread through town that Dapple was going to make an appearance this very night!

The PCs quickly made a plan (first unusual action) that prioritized talking to Dapple and trying to convince him to voluntarily relinquish attunement to Quarion's Soul Portal (second unusual action).

Even more astonishingly, the PCs stuck to the plan! Of diplomacy! AND THEY WERE SUCCESSFUL! The PCs convinced Dapple to accompany them back to the Portal and if they promised to bring him back through to Oerth and let him go on his way, he would relinquish his attunement.

While most of the PCs were negotiating with Dapple, Onarra went and found the young Vistani boy who was alone doing chores in the brewery. After a quick conversation, Onarra (who was invisible at the time. Which did not seem to freak out the Vistani boy) showed the boy a necklace they had been given to verify that they came from his mother, and the boy agreed to accompany the PCs back to the Vistani.

Onarra delivered the boy back to his people and the rest of the PCs accompanied Dapple straight back to the Portal.

After delivering the boy back to the small band of Vistani, Madam Eva cast the cards again for Onarra, as a gift in appreciation for reuniting the boy and his people. Onarra learned the following:

1. "Unlike most, you cannot be trapped in this realm by the Mists. Part of you remains outside of this place, held captive by the Gods. That link will allow you to return to your lands, even as it draws your doom nearer."

2. "The Drake has potentially caused his undoing. Death is not the end of the story, not for you. When you think you are losing that which makes you You, you will instead be made whole and given the keys to freedom. It will be up to you to use the key, though, and escape the prison of the Gods. Be warned! IF you fail your final test, your Being will be irrevocably lost! Should you succeed, though, you will accomplish your goals, heal your fractured beings, and be given the opportunity for great power, and equal responsibility …."

3. "However, you will need more information. The information you seek can be found inside of the Tiger’s first victim, but it can only be utilized where that victim met his end. Beware! It will be dangerous, but the information contained within will be vital!"


With those cryptic predictions, Onarra caught up to the PCs at the Soul Portal, trying to figure out how to get Dapple back through it. After experimentation, the PCs discovered that if Quarion was attuned to the Portal himself, he would have enough control over it to allow Dapple back through. Dapple then relinquished attunement, Quarion attuned to the Portal himself, and everyone traveled back to Oerth.
Last edited by EvilGenius on Sun Jan 19, 2020 7:38 pm, edited 1 time in total.
Another daring escape for the intrepid Spaceman Spiff!
Top

Once back in Oerth, Dapple took his leave of the PCs, who reluctantly upheld their side of the bargain and let him go. After that, Quarion closed his Portal and the strange mist that was covering the forest near the village immediately began to dissipate. The PCs spent a few days in Quarion's old village finding and curing the remaining elven villagers. The PCs discovered that with the Portal closed and the Mists gone, Quarion could cure the infected elves with a regular application of Remove Curse instead of needing to upcast it at 6th level. The PCs also discovered that despite being cured of lycanthropy, the elves remained quite savage (ie, they retained their barbarian class levels).

Victorious, but a little dishearted, the PCs turned back toward Farweald, discussing their next steps.
Another daring escape for the intrepid Spaceman Spiff!
Top

Jim, I sent you some info in gmail.
Another daring escape for the intrepid Spaceman Spiff!
Top

Jim and Tom, I sent you some info via gmail.
Another daring escape for the intrepid Spaceman Spiff!
Top
Post Reply
6 posts • Page 1 of 1

Return to “Heart of Darkness (Private)”